How to Talk to a Friend About Their Toxic Partner 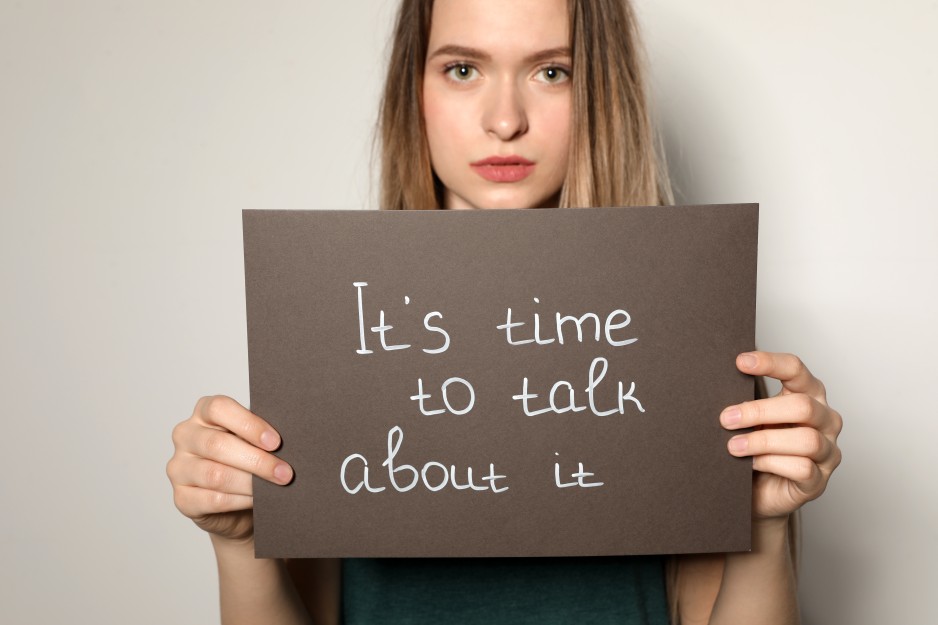 How to Talk to a Friend About Their Toxic Partner

The RECCC (Regional Economic Crime Coordination Centre) recently published a post on LinkedIn on the importance of staying in touch with friends and family when they are dating online. This really struck a cord with me as I have been a victim at the hands of a man I met online. Victim. Even though I hate that word, it’s true.

Checking in on your friends – especially if they are regularly meeting new people online – is so important, but how do you tell a friend that you have concerns about their new partner? It is such a difficult conversation to have.

My ordeal was life changing, but I have never really asked my family and friends what they truly thought of my ex-partner, until now.

Writing about this topic from my own viewpoint and by using the opinions of those closest to me will hopefully help other people in this situation. Whether you’re stuck in a dangerous relationship or you’re a friend or family member desperately wanting to voice your concerns about their toxic partner but not knowing how to do so without upsetting anyone – I hope it helps you. Please note – I do cover some sensitive topics.

The Dangers of Online Dating

Online dating sites can be the ideal place for criminals. There is no legal standard for the industry to conform to and a distinct lack of checks in place.

Secondly, romance fraud is a huge problem. It involves people being duped into sending money to criminals. These individuals go to great lengths to gain their trust and convince them that they are in a genuine relationship. Between November 2020 and October 2021, there were 8,863 reported cases of romance fraud in the UK, with losses totalling £91.9 million. 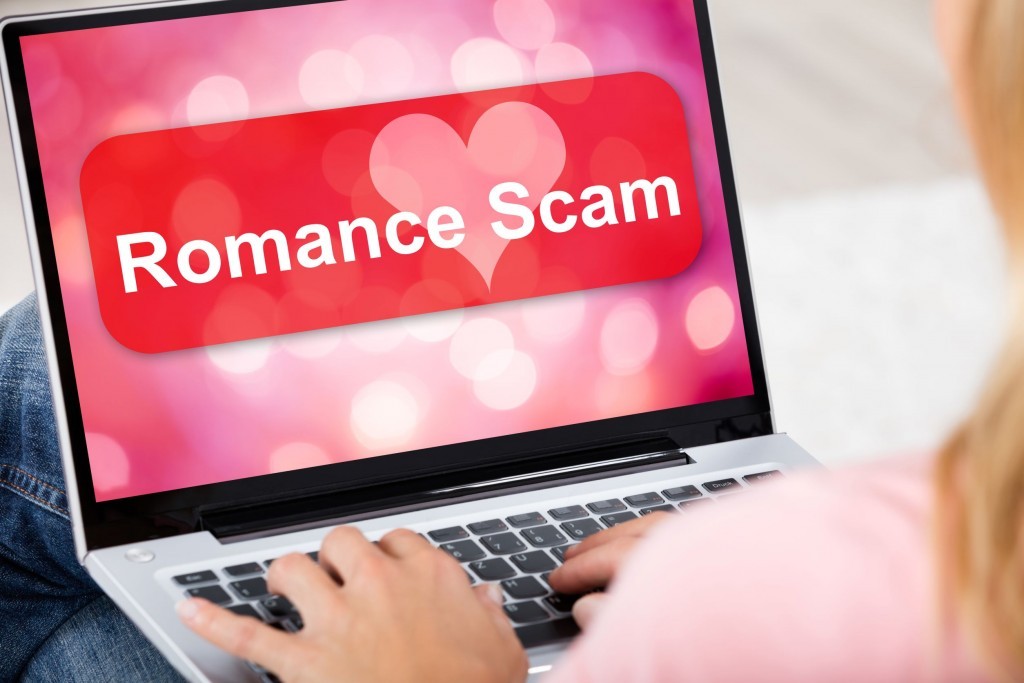 As worrying as this is, it’s not just fraudsters that use dating sites. People are actually being sexually assaulted and even murdered by criminals they met online. Sadly, this is largely down to dating apps which run without checks, meaning criminals gain access to the site using any name they want.

A Little Bit About Me

I started dating online in 2016. I had been a single parent for years, and I was terrified of dating again. Despite my strong sense of independence and good social circle, I felt as though something was missing from my life. A few of my friends met their partners online and are still very happy with them to this day, so I decided to give it a go.

I tried a very popular ‘free’ dating site thinking I had nothing to lose. I chatted to a few people. There was a mix of strange, boring and downright weird folk on there, but then I received a message from someone that stood out. He was charming, asked about me, could actually hold a conversation, and that’s where it all began.

To cut a long story short, we met up for our first date, clicked, and I felt on top of the world. I literally had no idea that what I was experiencing was a thing called ‘love-bombing’. I’d never even heard of it. Unfortunately, it worked though. The relationship moved quickly. He moved in and we later got engaged. It was only on the night of our engagement party that his true colours really emerged and from there it went from bad to worse. I then had to endure domestic abuse, sexual assault, rape, stalking and harassment. What’s worse, he had a long history of domestic abuse and was very practised at this behaviour, yet still, unbelievably using dating apps.

He’s now in prison for what he did to me, but why didn’t I see his toxic traits? Did anyone else see them? Did they try to tell me? It’s such a difficult conversation to have, but it is so important, so I want to explore different viewpoints to help anyone else in this kind of situation.

What My Friends and Family Thought

I have asked a few of my closest friends and family what their honest opinions were and if they felt able to tell me of any concerns. The answers are actually very mixed! Here are just a few of the comments:

“I remember thinking he was lovely, very charming, made an effort to get to know me. I remember even asking you if he had a brother!”

“You had been quiet but thought that was because you were happy and making memories with him.”

“I was so worried about you, but I didn’t want you to feel like I was interfering with your life. I just prayed that you would see the light yourself. It was so difficult to live with the negative feelings within me and not wanting to hurt you when you seemed to be happy, but I was so relieved when your relationship ended.”

“I felt I tried to tell you, but it was really hard to find the words. I was scared of upsetting you.”

“When I first met him, I felt he was over keen and full on. I put it down to being nervous. But the thing that massively sticks with me from that first meeting was when I asked him if he had any kids, he included your son in his answer. You’d been together about 6 weeks and I found that really odd and quite scary. A few times over the relationship I asked you if you were sure. It was such a balance between liking seeing you happy, that you finally had someone you liked in your life etc and really not wanting to seem like I was just being negative. How far do you push? When that person when asked says they’re happy, do you stop? Do you keep going and potentially ruin your relationship with your sister/friend? If I had my time again, I would have done the Clare’s Law search. If it had come back with nothing I wouldn’t have told you I’d done it (and it would have put my mind at rest). If it had come back as red flag I would have then had a reason to really push back and show you something more than a gut feel. Hindsight is a wonderful thing.”

I honestly don’t remember anyone trying to tell me that they had concerns. Had he really brainwashed me that much?!

Danger Signs to Look Out For

If you or your friend is dating online, there are many red flags to look out for, and my honest advice is always trust your gut. If you feel something isn’t right and you are concerned, please don’t ignore it.

One of the main red flags might not seem obvious at first, but if your friend’s new partner is overly charming this can actually be a huge indicator! Whilst there are still some charming people out there, narcissists use this behaviour to draw people in. They use tactics such as flattery, adoration and romance to draw people in and they play up to their vulnerabilities. They tend to exhibit this behaviour amongst family and friends too, appearing like the perfect partner to the outside world. They will then try to isolate them, so another indicator is seeing your friend become quiet and withdrawn. 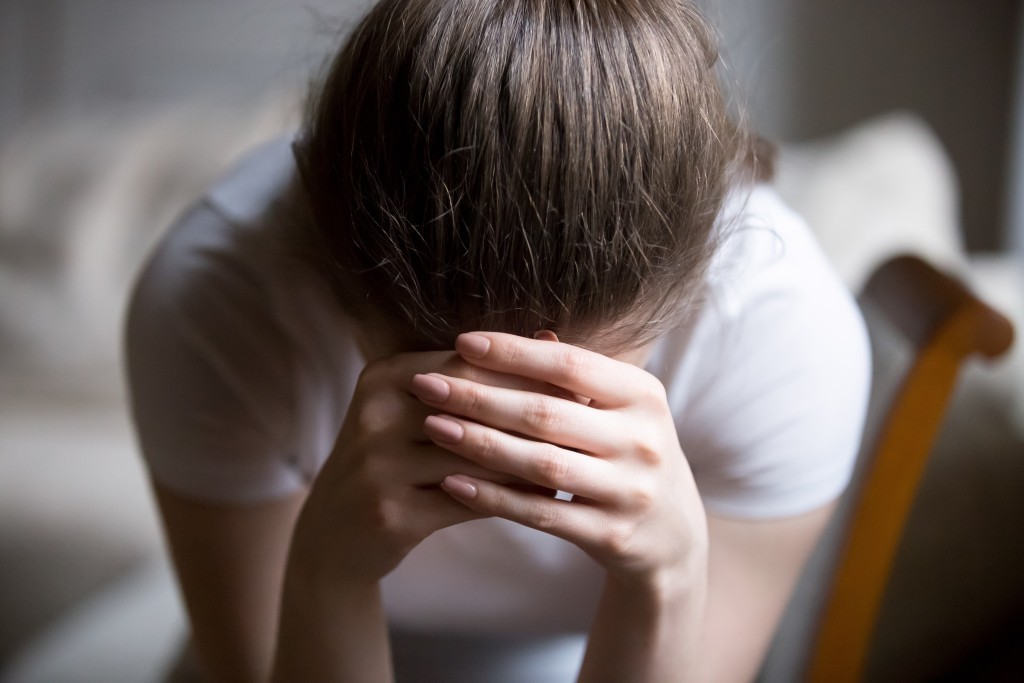 How Do You Tell Your Friend That You’re Worried?

Telling a friend or family member that you have concerns about their new partner is an extremely difficult thing to do. The last thing you will want to do is upset or alienate them – especially when they may seem really happy – but it’s so important that you do not ignore your feelings.

Talking is definitely the right place to start, but if you really feel that it is too difficult or that your friend won’t listen, try Clare’s Law. Clare’s Law was set up in 2014 to let people find out if their partner, or a friend’s partner, has a history of domestic violence. It is named after Clare Wood who was murdered by her ex-boyfriend in 2009 (who she met on Facebook). Clare was strangled and set on fire at her home in Salford, in February 2009 by George Appleton. Appleton had a record of violence against women, but was freely using Facebook. Clare’s father, Michael Brown, is convinced she would still be alive had she known the full extent of Appleton’s previous behaviour.

Some of my friends and family have told me that they tried to tell me their concerns about my ex-partner. I clearly didn’t listen or agree, but if a Clare’s Law check had been done, there’s simply no way I could’ve ignored all of the information the police had stored. The domestic abuse, violence, stalking….it was all there to be found.

If you are worried about your friend, Clare’s Law is there to help. You can find out if your concerns are justified, and you could save your friend’s life by doing so.

You can request a Clare’s Law check through your local police force by visiting a police station, phoning 101 or contacting your local police via email. Most police forces also have an online application process available through their websites. The process is very simple – I used it a couple of years ago for a friend who had met someone online and I recognised so much of her new partner’s behaviour. It turned out that he had a history of child abuse and she was in danger of having her own daughter removed from her care if she stayed with him. Yes it was an awkward conversation to have, but I’m so pleased that I did it and she was able to end the relationship without him discovering the checks.

So now you know why I set up Safer Date. Far too many criminals are allowed to use dating sites and even social media as there are no checks at all to stop them. There are currently no legal standards for the dating industry at all and we need to make people aware of this so that they stay vigilant and stay safe. Awareness is improving slowly with the help of documentaries like Four Lives and Social Media Murders, but so much more needs to be done.

Please share this article with anyone you know who is dating online, every share helps us to spread the word, and if you need help, there are lots of contact details below.

Experiencing Abuse? Where to Get Help

If you don’t want to speak, you can also email for support. Please note, it is important that you specify when and if it is safe to respond and to which email address:

The Survivor’s Handbook from the charity Women’s Aid is free and provides information for women on a wide range of issues, such as housing, money, helping your children, and your legal rights.